“Every bit as disquieting as anything found in the oeuvre of Lovecraft.” — BLACK STATIC 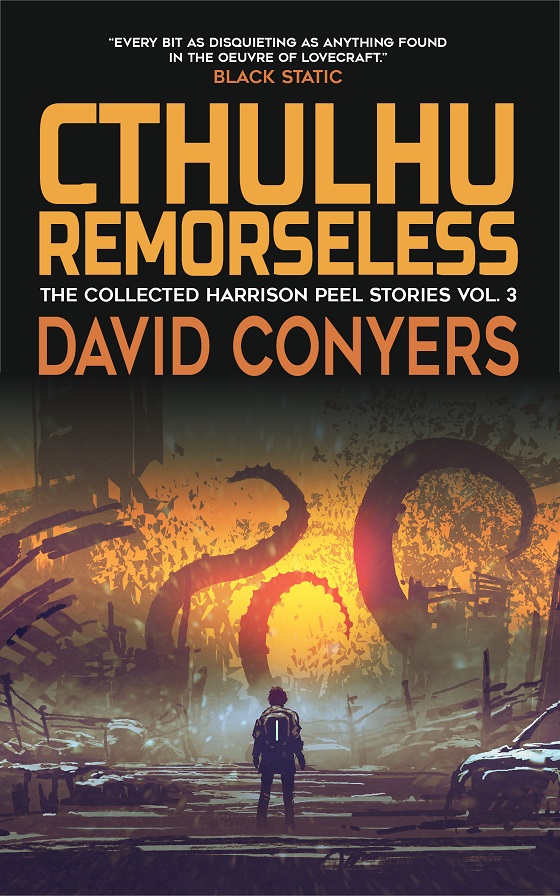 Major Harrison Peel is no stranger to the weirdness of an uncaring, non-Euclidean universe. Years in the intelligence services exposed him to terrifying Outer Gods and their star spawn, that if unleashed, will effortlessly provoke humanity’s extinction. Somehow, Peel always held their menace at bay. Now he encounters something worse…

Unexpectedly, a nightmarish continent rises from the depths of the Pacific Ocean. An ancient Great Old One emerges from the waves, confounding the very laws of nature around it.

All too soon this eldritch god reveals its name, long whispered through the many strange aeons. A monster the rest of the universe is unwilling to confront, but Peel must…

For fans of weird science fiction, Delta Green and Charles Stross’s The Laundry, the Harrison Peel series is a collection of interconnected cosmic horror stories that explore the world, and the entire universe, of H. P. Lovecraft’s Cthulhu Mythos, stretched across all space and time.