“The versatile David Conyers greatly impresses. He is gifted with much imagination, the knack for intriguing plot, suspenseful pacing, and compelling characters. I suspect the man can do it all, and will.” — JEFFREY THOMAS 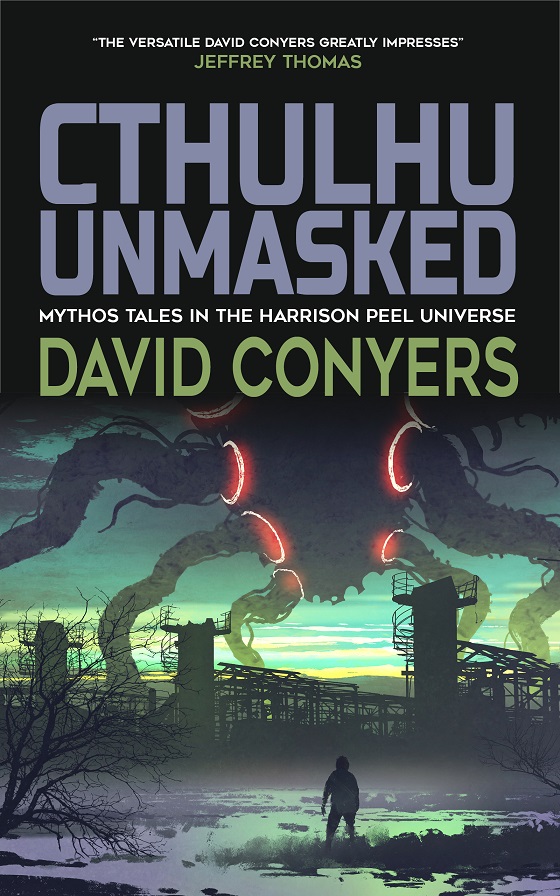 One hundred years in the making, the Cthulhu Mythos is as alive today as when H. P. Lovecraft first introduced his weird horrors to an unsuspecting 1920s world. Many authors since have expanded upon his strange eldritch universe, but none quite like award-winning horror author David Conyers.

Fear the Messengers of Nyarlathotep, who tear living faces from men. Repel the subterranean Ghouls of Africa, who bred humans in their millions as food. Dread the ocean trawlers of Carcosa, transporting unsuspecting passengers to the Court of the Yellow King. Shudder at the Mi-go simulations, poised to inflict torturous mind-games on humans kept in zoos.

Collected together are 14 tales of horror from Australia’s most renowned Cthulhu fiction author. Discover links to Conyers’ popular Harrison Peel series, and backstories to the many Call of Cthulhu role-playing game books he contributed to over the years, including Chaosium’s Secrets of Kenya, The House of R’lyeh, Horror on the Orient Express and The Stars Are Right!

Think you know every secret the Cthulhu Mythos can offer?

Fear to think that you many not.

STORIES: Sister of the Sands | The Swelling | From the Sick Trees | The Faceless Watchers | As Above So Below | Winds of Nzambi with David Kernot | Sweet as Decay with David Witteveen | A Shared Romance | Solvent Hunger | Vanishing Curves | Screaming Crawler | The Eldritch Force with Peter Rawlik, Glynn Owen Barrass, Brian M. Sammons, Bruce L. Priddy, Robert M. Price and Rick Lai | The Dream Quest of a Thousand Cats | Outside Looking In | Appendix 1: The Code-89 Initiative | Appendix 2: Major Harrison Peel